In this exhibition you will have the opportunity to discover the development process of the culture of the first Brazilian “people from caves”, known as people from Una Tradition[See more], and how they traditionally transmitted their skill of producing ceramics, domesticating animals and plants, and, in a very special way, how they valued their people (shown herein on the manner they were buried), mainly children, seen herein in three moments throughout time (phases). 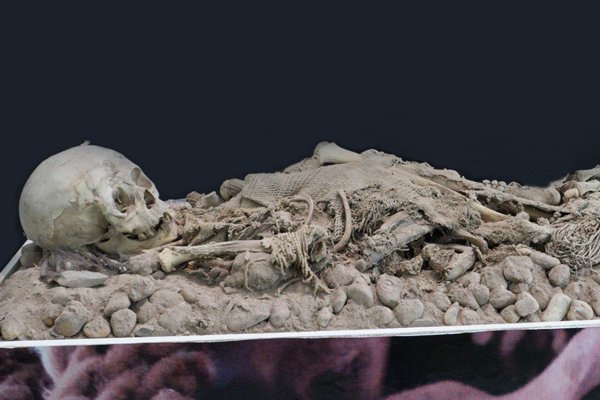 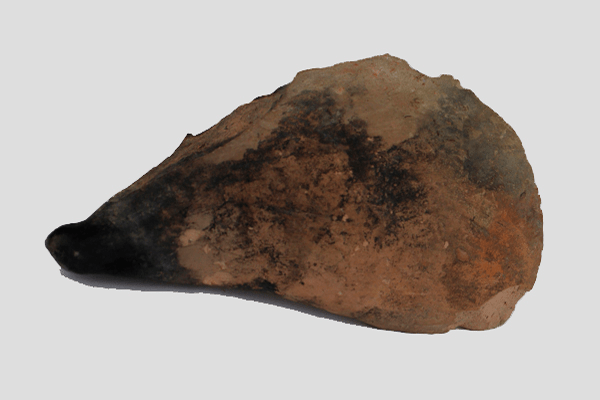 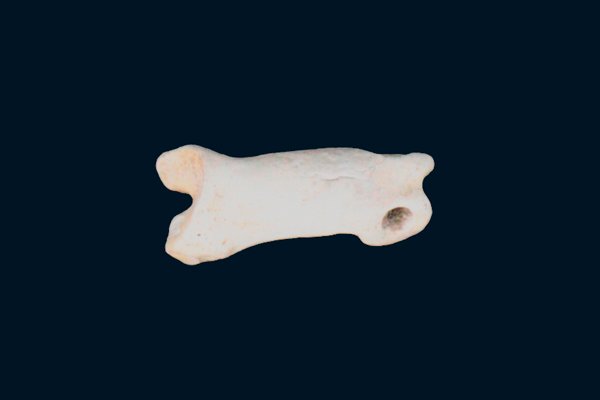 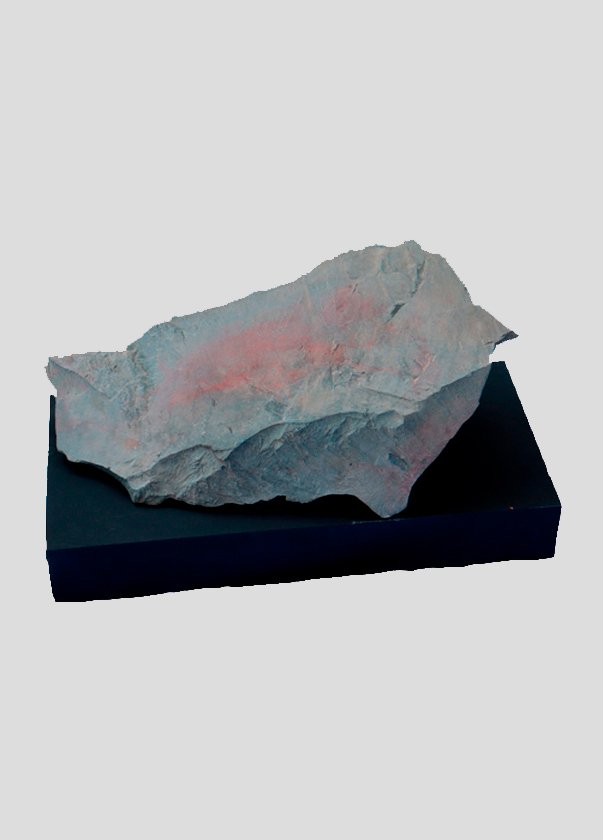 6 – Block of limestone with paint 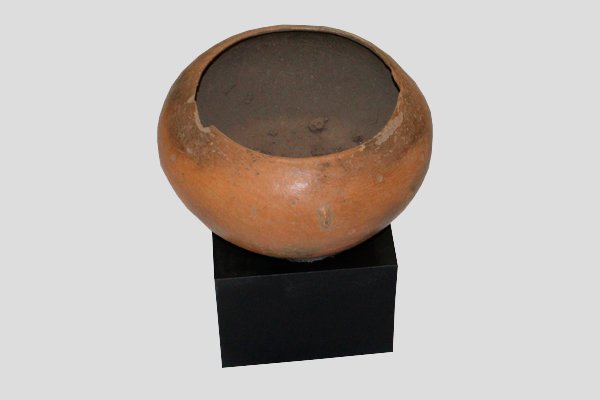 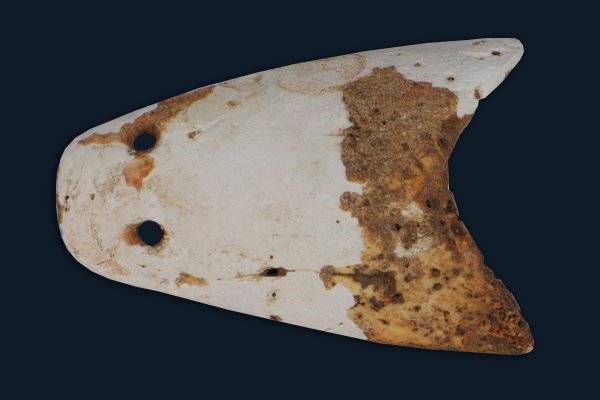 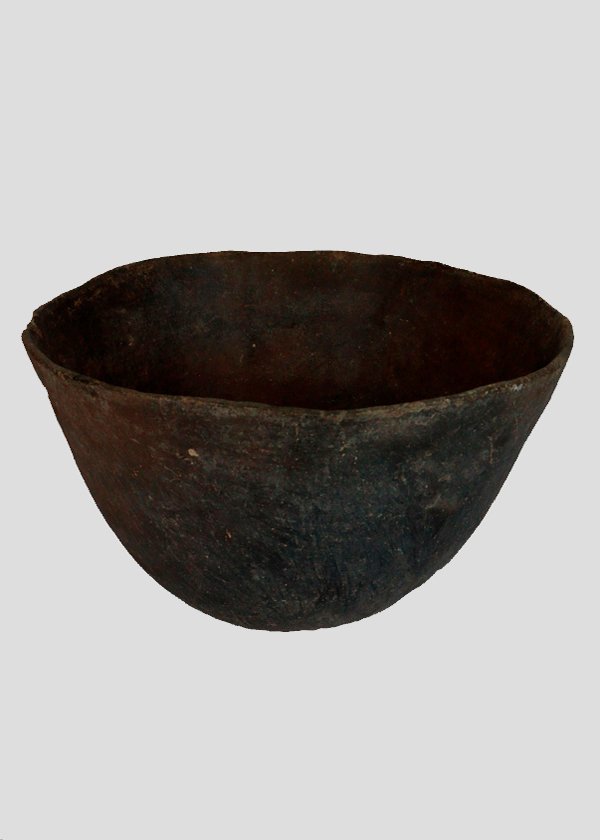 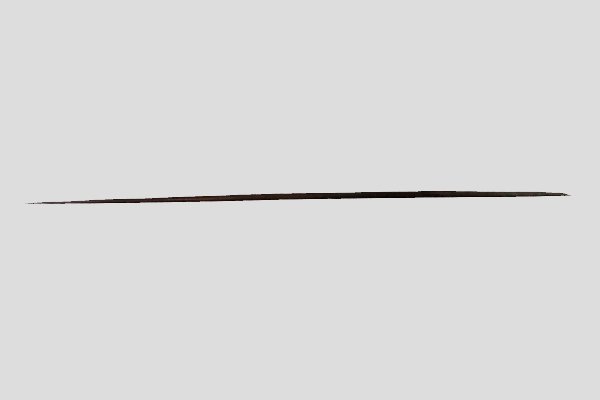 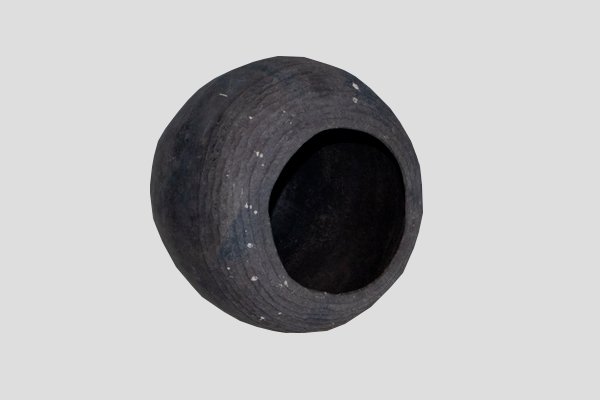 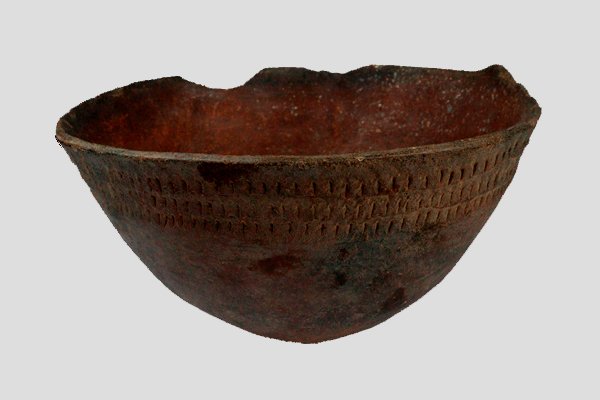 A set of archaeological sites located on the shores of the Una River, in Cabo Frio, where were discovered ceramic artifacts with peculiar and differential characteristics of what was known about the state of Rio de Janeiro’s ceramic archaeological traditions. Those pieces composed the Una Phase that was named after the River in 1965.

As other set of sites with the same kind of ceramics found there were located and researched in Rio de Janeiro and other Federal States it gave rise to the Una ceramic Tradition.

These similarities of adaptation patterns, ceramic production technology, wealth and variety of similar artifacts characterized this Tradition, nowadays considered the largest cultural dispersion of ceramist first people outside the Amazon. It was once located in Rio de Janeiro, Espírito Santo, Minas Gerais, Tocantins, Goiás e Mato Grosso in different landscapes – mountain ranges, valleys, plains, coast – and they have radiocarbon dating (C-14) [See more] that go back to the third millennium Before Christ.

Due to the fact that many sites are located in caves, different types of material culture were preserved, such as rare pieces of basketry, weaving and even feather artwork, that also became part of collection of this Tradition. With the development of research and the increase of the dating, they showed its existence and retreated its presence up to the time horizon of about 4500 BP (years before the present).

Tribal society, they developed the domestication of different vegetables, like corn and cassava, cotton, peanut and gourd, among others less known. Until now, this cultural Tradition can be recognized in six moments or Phases – the two oldest ones are in Minas Gerais state and were identified as Unaí and Piumhi Phases in São Francisco River Valley.

The Unaí Phase is the oldest one, with dating going back the third millennium before Christ, and the Piumhi in the karst region of “high São Francisco”. In Rio de Janeiro state, the IAB researchers also identified the first ceramic discovered, called the coast Una Phase (no dating), followed by the Mucuri and Tardim Phases in the interior mountains in Santa Maria Madalena and Silva Jardim region, and the Urunaí Phase was discovered in Campos dos Goitacazes flat lands.

In their funerary rites it was observed that it was common for the participants to put together with the dead personal objects, adornments, ornaments and food, which indicates, like in other peoples, that they also believed in the existence of a life after death. This practice made it possible to preserve fragile and selected objects, that otherwise would had disappeared, and, thanks to it, we can eternalize them in this virtual exhibition.

Conceived in a sample of fifteen pieces, this exhibition risks portraying social behavior extracted from evidence discovered about the artifacts that best represent the daily life of this society.

¹In Archaeology, Tradition is a manner how it is possible to define a social group through analyses and interpretation of common traces discovered in their cultural artifacts, generation after generation throughout time (Cultural phases) when collected in archaeological sites. It is when we can “read the thoughts” of these objects, understand their  view of the world, glimpse their way of life.

²This is a method to dating the age of living things after their death.

Credits - Exhibition – Acauã and its world